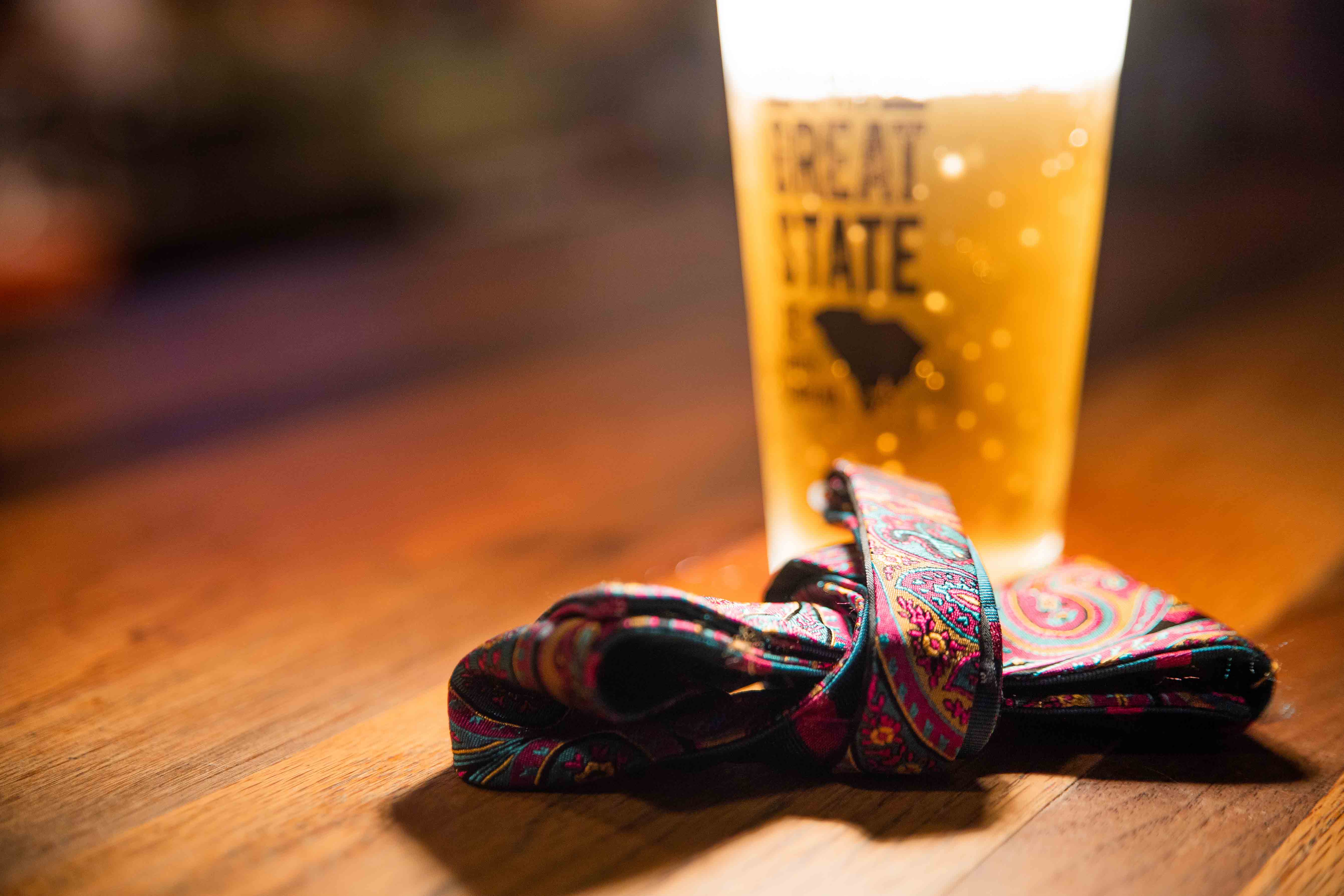 I’m James C. Thomas, and DUI Defense is all I do. I live in Spartanburg and maintain my principal law office here, so I am very much at home going to court in Spartanburg (or at any of the smaller jurisdictions within Spartanburg County).

Below is some general information about DUI charges in Spartanburg that I am happy to provide for you. Consultations in my office (or over the phone, or Zoom) are always free, and there are always important details unique to each individual case that demand the attention of a dedicated DUI attorney. But these are some general things to keep in mind.

What is going to court for a DUI in Spartanburg like?

If you are charged with a first-offense DUI (meaning that you haven’t been convicted of DUI in the past ten years), then you’ll be going to a Summary Court – either one of the municipal courts that handle cases within the city limits, or otherwise, one of the divisions of Spartanburg Magistrate Court.

If you were arrested by a police officer in one of the fourteen cities in Spartanburg County – Spartanburg, Chesnee, Campobello, Landrum, Woodruff, Wellford, Duncan, Lyman, Greer, Pacolet, Central Pacolet, Cowpens, Reidville, and Inman – your case will be in that city’s Municipal Court.

If you were arrested by a state trooper, county deputy, or by an officer who works for some other agency, you are most likely going to find yourself in the main traffic division of Spartanburg Magistrate Court, which is at the main courthouse in downtown Spartanburg (180 Magnolia Street). There are some other, smaller divisions of Magistrate Court throughout the county, but they like to keep all the DUI cases in the division that meets at the main courthouse.

You’ll find the name and address of the court you need to go to in the middle of your ticket (and also on your bond paperwork). The court date that is on your ticket is a bench trial date. A bench trial is a trial without a jury – the judge hears the case, rules on legal issues, and also reaches a verdict of either Guilty or Not Guilty like a jury would.

If you are charged with a second-offense (or more) DUI, then most of the above won’t apply to you. Instead, your case is going to be heard in the Spartanburg County Court of General Sessions. That takes place in the Spartanburg County Courthouse in downtown Spartanburg. General Sessions Court handles DUIs other than first-offense DUIs even if the case is made by one of the smaller city police departments. You don’t get a bench trial date in General Sessions Court. Instead, there are a series of appearances you’ll have to go to at the courthouse before the case is resolved, either with a plea or trial. These are court dates that you’ll be able to get out of if you hire a lawyer far enough in advance.

One advantage to being in General Sessions Court is that you do have the right to request a preliminary hearing. Customarily, your request has to be submitted within 10 days of your arrest, but they will usually schedule preliminary hearings at a lawyer’s request as long as it is submitted before your Initial Appearance date. The prelim is a hearing where the arresting officer has to testify as to what the probable cause was for your arrest. It’s kind of like a mini-trial. There’s no jury, and the judge at a preliminary hearing does not require evidence “beyond a reasonable doubt” like they would at an actual trial. But it’s a good opportunity to cross-examine the officer, get their answers in the record under oath, and preview what trial may look like. Since DUI cases are usually judgment calls made by officers with a wide variety of training and experience, the preliminary hearing is a nice “dry run” for me to cross-examine them and get a sense of what your chances look like at trial. Preliminary hearings all happen at the Spartanburg County Courthouse, regardless of which particular agency made the arrest.

A lawyer can probably get you out of going to most of your early court dates, and possibly from going to court at all depending on how the case is ultimately resolved. Court rules in South Carolina allow lawyers to waive the appearance of their clients if they have permission. A couple of the Municipal Courts in Spartanburg County even allow plea agreements by affidavit, meaning that if you have a lawyer handling everything, you might not even have to come to court if you’re entering a plea (to reckless driving or to another DUI/DUAC offense).

I get asked a lot if it “looks better” if you show up even though your lawyer says you don’t have to. The answer is generally no. It is very normal for lawyers to show up at preliminary court dates without their clients, and I’ve never seen a Summary Court judge anywhere within Spartanburg County make a big deal (or even a small deal) out of it. They probably won’t even remember the next time around anyway. It might not even be the same judge. I know that my clients don’t want to come to court unless they have to, and I also know my clients want to do everything they can to help their case. If it helps you to come to court, I’ll tell you. If it’s a court date where you’re required to be there, I’ll tell you. But if I tell you that it’s OK to go to work or stay home, don’t feel like you’re missing something by doing so. This is one of the many benefits to hiring an attorney – take advantage of it.

What if my license was suspended as a result of my arrest in Spartanburg County?

If you receive an administrative license suspension as a result of a DUI arrest anywhere in Spartanburg County, you have the right to request an administrative hearing to try and get the suspension dismissed. And while you’re waiting for that hearing to come around, you can get temporary driving privileges that aren’t restricted by time of day or destination. You have to request the hearing properly, and you have to make sure that your request is received by the DMV within thirty days. If you hire me, we’ll talk about how I can handle this process for you.

Administrative hearings that are held as a result of a Spartanburg County license suspension will be held in Greer Municipal Court, at 100 S. Main St., Greer, SC 29650. It doesn’t matter whether you were arrested in Cowpens, Landrum, or anywhere else within Spartanburg County – your administrative hearing will be in Greer. It will usually be scheduled about two or three months after the request is received by the DMV.

The South Carolina Highway Patrol officers who make DUI arrests within Spartanburg County usually show up to these hearings. This is a relatively recent development. It used to be easy to get your suspension dismissed at the hearing because the officer just wouldn’t be there. Sometimes you get lucky, but no longer can you take for granted that this will be the case. I have never seen an officer from the Spartanburg County Sheriff’s Office at these hearings. Officers from the various city police departments usually don’t show up either.

Who prosecutes DUIs in Spartanburg County?

If your case is in Magistrate Court or at the Spartanburg County Court of General Sessions, then the 7th Circuit Solicitor’s Office is probably going to prosecute the case on behalf of the State. These people are lawyers who are full-time prosecutors and may handle a variety of other criminal court matters other than DUIs. They have a very busy caseload, and it may take a long time for them to provide discovery (videos, reports, etc.) to me.

If your case in in Spartanburg Municipal Court, the City employs a lawyer from private practice to prosecute cases. If your case is in one of the other Municipal Courts, then chances are there won’t be a lawyer working for the other side – I’ll be dealing directly with the officer or the Chief of Police in that town, who might run the docket.

How long is this whole process going to take?

Courts everywhere are still dealing with a heavy backlog from the months that they were shut down early in the COVID-19 pandemic. (Truthfully, they were already pretty backed up to begin with.) Spartanburg is no exception. If you have an administrative license suspension to deal with, that hearing should be over and done with within three or four months, but administrative hearings are on a totally separate schedule from anything that is going on with your actual court case. If your case is in Spartanburg Magistrate Court, you might not find yourself on a jury trial docket for well over a year. (I have one case that was originally scheduled to go to trial in April of 2020 that still hasn’t been resolved over two years later.) In Spartanburg Municipal Court, I’ve found that most cases wrap up within about six months, although I have a couple that have been lingering for over a year, for various reasons. The smaller municipal courts are all different, but might also take around a year to get resolved.

There’s very little we can do on our end to speed the process along, but it’s usually not in your best interest to do so anyway. There’s an advantage to being patient and letting the long process take its course. If you have personal reasons why you want to wrap up your case as quickly as possible, that’s certainly something I’m happy to talk to you about. But keep in mind that it’s harder to get a good outcome if you’re trying to rush your case to a conclusion.

I’ve gotten successful results for lots of clients in the various courts throughout Spartanburg County. This is where most of my cases are, and I feel very much at home here. If you’d like to discuss your particular case in Spartanburg further, please give me a call at (864) 863-7174. You can also use my contact form, and I’ll get back with you as soon as possible.