Is lying about Coronavirus to your employer a crime? 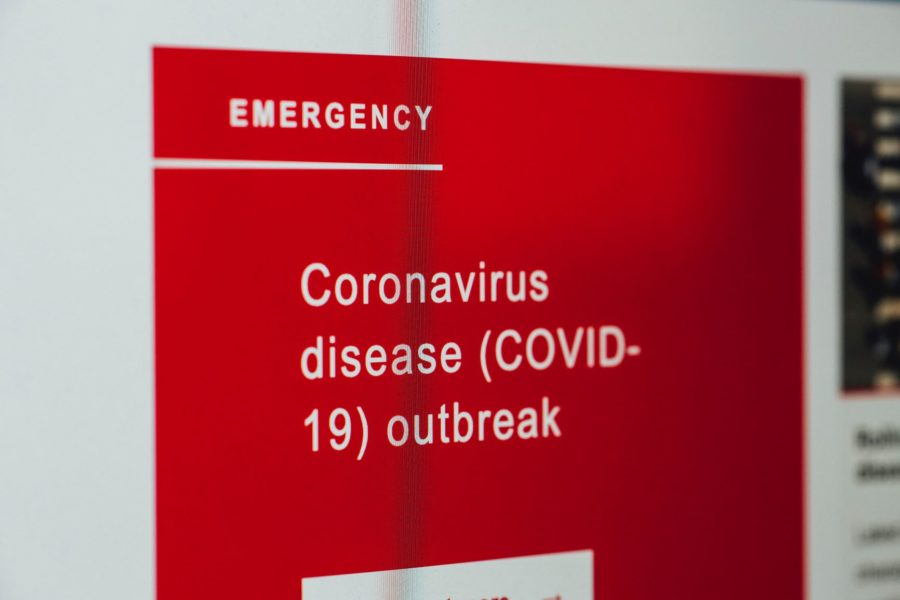 In a few weeks, we might start to have a pretty good idea of whether we are taking coronavirus seriously enough as a public health issue. But in the meantime, two folks from Upstate South Carolina — one down in Union and one here in Spartanburg County — have gotten an idea of how seriously coronavirus is being taken as a legal issue.

On Friday, March 13th, the Sitel Group, a call center up in Inman, announced that an employee told them they tested positive for COVID-19, which prompted them to close for almost a week and deep clean their facility.

When I first read that story, it was back when numbers in individual counties in South Carolina were low enough to count on one hand, and they were mostly being reported case-by-case. Only one case had been reported in Spartanburg County (and I knew it wasn’t this guy), so I wondered why this story broke before official news of a second confirmed case came in.

The answer came about a week later when the Spartanburg County Sheriff’s Office announced that someone had been arrested after allegedly lying to Sitel about testing positive.

What crimes was he charged with? Forgery, for one. (They say he brought a doctor’s note . . . from a hospital that wasn’t testing for coronavirus yet.) And also a second charge of “breach of the peace.“

Then, down in Union, an employee of an auto parts manufacturer was arrested for “breach of the peace” for allegedly informing his employer that his son had coronavirus.

What is Breach of the Peace?

Every state has criminal statutes – laws that are written and voted on by its state legislature and put “into the books.” When you’re charged with a crime, you receive notice of the code section you’re charged with so you can read exactly how the law is written. That way, you know what the State has to try and prove in court before you can be convicted.

But South Carolina is one of several states that also still has “common law crimes” – crimes that are come from the British legal tradition but aren’t defined anywhere “on the books.” Basically, there’s no set-in-stone definition as to what a common law crime means – it’s just a question of what the courts have always considered a crime in the past, on and on back through colonial times.

The most recent Supreme Court of South Carolina case to talk about what it means to commit “breach of the peace” is State vs. Simms, a case from 2015. In the case, a fan attending a Gamecock football game (visiting town in an Alabama jersey) knocked a South Carolina fan unconscious, who was then run over by a the Alabama fan’s friend’s truck as traffic was exiting the stadium. It was apparently undisputed that the part where the truck ran over the victim was an accident, and the Alabama fan even tried to stop it from happening (but it was too late).

Nonetheless, for setting the tragic events in motion, he was charged with involuntary manslaughter and aggravated breach of the peace.

Here’s what our Supreme Court had to say about what “breach of the peace” means:

The term “breach of the peace” is a generic one embracing a great variety of conduct destroying or menacing public order and tranquility. In general terms a breach of peace is a violation of public order, a disturbance of the public tranquility, by any act or conduct inciting to violence, which includes any violation of any law enacted to preserve peace and good order.

If you research a little further, you’ll find that the State does not actually have to prove that anything harmful or violent happened as a result of the suspect’s actions, just that the Defendant did something to disturb public tranquility.

So . . . is lying about coronavirus a breach of the peace?

If I represented either of these guys who were recently arrested, I would focus my research on whether this kind of alleged action is anything like any breach of the peace case that’s been heard in South Carolina courts before. Nothing pops out at me from doing a quick search — in most of the cases I’m seeing, breach of the peace is sort of a cousin to the crime of disorderly conduct, and it is used to punish acts that are violent in some way that falls short of an actual assault.

Generally, lying to your boss isn’t a crime. And these alleged acts aren’t violent in any traditional sense. But I get how causing a workplace to be more anxious than it already probably is could be interpreted as disturbing “the public tranquility.”

I can see how maybe the Sitel case could be treated a lot differently than the Union case. At Sitel, it is alleged that the employee lied and forged paperwork that he had coronavirus. In Union, the employee allegedly lied about his son having it and how he needed time off as a precaution. Those are different levels of alleged deception. And the workplaces are different (call centers are close quarters – manufacturing facilities might vary widely on how much people are coming in contact with each other).

Since “breach of the peace” is a common law crime without a clear definition, a good defense attorney needs to be creative on how to think about the facts of the case — and they also need to be careful, since the slippery nature of the law when it comes to common law crimes means that someone could be convicted a lot easier than a statutory crime with a clear definition.

What’s the punishment for someone charged with “breach of the peace” in South Carolina?

If we’re talking about “non-aggravated” breach of the peace (and from what I can tell from the news stories I’ve read, both of these cases are being charged as “non-aggravated”), then it’s a misdemeanor that is punishable by 30 days in jail and/or a $500 fine. It gets prosecuted in Magistrate Court, which means the Defendant has the right to a jury trial.

In addition, magistrate judges can order that someone convicted of a crime that caused financial loss must pay restitution (up to $7,500).

These guys both have a difficult road ahead of them. It would be a challenge to represent either of them.

To be an effective criminal defense counsel, an attorney must be prepared to be demanding, outrageous, irreverent, blasphemous, a rogue, a renegade, and a hated, isolated, and lonely person – few love a spokesman for the despised and the damned.

Hell, we’re all going to be a little more isolated and lonely than we’re used to for a while anyway.

I love a good challenge.

Previous PostCan I be ticketed or charged with a crime for...
Next PostHow to Look for a Lawyer if You Have Been Arr...