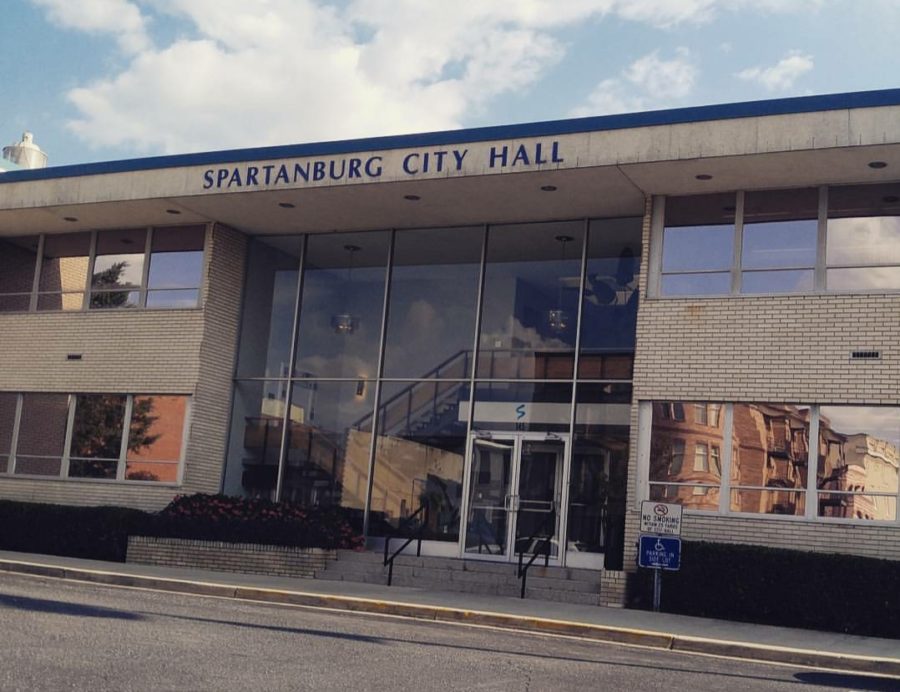 UPDATE [4/7/2020]: At 5PM today, a statewide stay-at-home order goes into effect. The blog post below was written before it was issued, so a lot of the information is now out of date. In fact, the Spartanburg ordinance states that “[i]n the event Governor Henry McMaster exercises any power enumerated under S.C. Code Ann. § 25-1-440 in a manner that conflicts with a provision of this ordinance, the conflicting portion of the ordinance shall immediately cease to have force and effect. Otherwise, this emergency ordinance shall be terminated by the issuance of another ordinance or shall automatically expire on the 15th day after enactment of this ordinance, whichever date is earlier.”

At 11:00 this morning, the Spartanburg City Council met (via Zoom) to discuss and vote on a “stay at home” ordinance to address the coronavirus pandemic and to implement the Governor’s recent executive orders at the local level. Many states have been passing similar measures that apply statewide and require their citizens to remain at home (with broad exceptions for people working in essential businesses and seeking essential services).

The City of Spartanburg unanimously passed its own ordinance today, while also expressing the need to closely monitor activity in the city and possibly take further action if necessary.

What does this new ordinance do?

You can read the text here. The first paragraph (after the preamble) states that:

All residents are encouraged to stay home except for the purpose of a) obtaining necessities, including but not limited to food, medicines, toiletries and urgent health care, b) providing essential services, or c) engaging in individual outdoor recreational activities that allow for social distancing of at least six (6) feet and do not entail coming into close contact with other people or involve the sharing of equipment.

The next paragraph states:

In the event individuals leave their home for the purposes stated above, they shall refrain from congregating or gathering in groups of more than three persons and they shall maintain an acceptable social distance of six feet between them and other persons as set forth by the Center for Disease Control guidelines.

The rest of the ordinance gives the sort of direction you would expect to businesses within the city to ensure compliance, and it also authorizes the city police department to disperse gatherings of people in accordance with the social distancing order that I blogged about earlier this week.

So . . . what does that mean for city residents?

The first four words – “All residents are encouraged” – does not proscribe any conduct to be illegal. It’s a suggestion. That’s all it is. (To be clear, I think it is an extremely good and important suggestion, but I’m focused on what the ordinance might mean for people who are concerned about staying within the law.)

One council member went so far as to suggest that the ordinance was, in her words, “fluff,” since it appears to be just a recommendation rather than anything with the force of law, at least not in any way beyond the executive orders that have already been passed.

But the second paragraph does proscribe certain conduct to be illegal because it says “shall refrain” – that’s a directive, not just a suggestion. And even though the city attorney, in response to a council member’s question, seemed to imply that this ordinance does not go further than any of the governor’s executive orders, it sure looks like it could be read that way. The executive orders direct local law enforcement to enforce the state law I blogged about earlier this week, which does not include the CDC’s recommendation of six-foot physical distancing, whereas the city ordinance does say that people “shall maintain” that distance. That’s a requirement that I think would only exist under city law, not statewide, at least as far as I can tell.

How does this compare to what other cities are doing?

Several cities in South Carolina have already passed similar ordinances. In particular, the City of Charleston passed an ordinance that seems to go further than ours:

Effective immediately, individuals shall stay in their homes and not travel through or congregate in the streets, sidewalks, waterways and/or public spaces in the City of Charleston, including establishments that hold a City of Charleston business licenses except for the purposes of working at or conducting business with the attached list of businesses (hereinafter “Essential Service” or “Essential Services”), such list to be modified by the Mayor as necessary for the health, safety and welfare of the City of Charleston or to engage in individual outdoor recreational activities as set forth in Section 3 herein.

Charleston’s ordinance goes on to require physical distancing of six feet, like ours does. The City of Columbia passed an ordinance that looks a lot like Charleston’s.

What is the penalty for violating Spartanburg’s city ordinance?

I thought I read that cities can’t pass these types of ordinances, only the Governor can order these sorts of things. Is that true?

Maybe. Kind of. (Classic lawyer answer, I know.) The South Carolina Attorney General issued an opinion that said that “local government cannot exercise the emergency powers delegated to the Governor” and that individual counties and cities “should be aware that any unauthorized exercise of such emergency powers could subject these political subdivisions to liability at the behest of a private citizen with requisite legal standing.”

Which means that cities could get sued if they try to vigorously enforce these laws. If someone is ticketed or arrested for violating an ordinance for actions that aren’t otherwise prohibited under statewide law, they could raise a defense in court that the ordinance is unconstitutional. Or if a business is forced to shut down under the ordinance, they might be able to sue the city and win.

Attorney General opinions are not the law – they are opinions based on research and analysis by lawyers at the AG’s office who are tasked with trying to predict what would happen if these ordinances were to be challenged in the Supreme Court. Notably, the Attorney General’s office says that it has no intention of actively trying to interfere with any cities trying to implement these ordinances, and it clarified that unless and until a higher court strikes down an ordinance, it is in fact the law.

Meaning: none of you should wave around this blog post in front of a police officer who asks you to shut down your hackysack circle or whatever the kids do these days. (TikTok or something?) The law is the law, at least until a high court says it isn’t.

What are the city police going to do now that this ordinance has passed?

Everyone at the city council meeting today made it clear that the intent of the ordinance is not to have the police up in everyone’s business or writing tickets. They did mention that police have the ability to direct crowds to disperse and basically coach people on social distancing, and that they would not be called upon to really go further than that except for if a situation were to be egregious or getting really out of hand.

I do not expect this to materially change what people are already doing or to really change how law enforcement in the city is being conducted in light of our state of emergency. It does seem to express that if more needs to be done, it can be done, but I would not expect any drastic changes in police activity right now.

So what’s your hot take?

No hot takes here! I’m not writing this to express any opinion on this ordinance, or any of the legal measures that have been taken under our new normal. I think the legal issues are interesting and I’m writing this to provide clarity since inevitably people are going to start asking me questions about this stuff at Zoom cocktail parties. (At least now I can fake a computer glitch to get out of having to talk about work when I’m not at work instead of being backed into a corner having to listen to stories about that time you went to traffic court.)

Previous PostCan I be arrested (or ticketed) for not weari...
Next PostCan I be ticketed or charged with a crime for...