Can I be ticketed or charged with a crime for not social distancing? 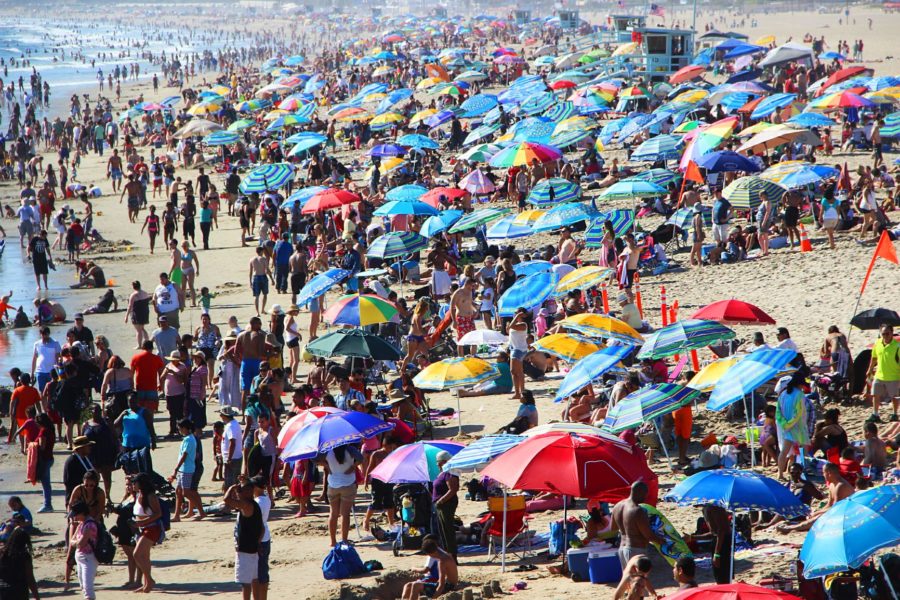 UPDATE [4/24/20]: The Greenville News published a great story on tickets being issued for violating the emergency order. They have found that 185 charges have been issued statewide, and the number is surely higher when you factor in cases that can’t be found in the public index or that haven’t appeared yet.

Is social distancing the law or just a suggestion?

In South Carolina, Governor McMaster has declared a state of emergency. That means that under state law, it is illegal to congregate in groups of three or more under certain circumstances. State law, specifically code section 16-7-10, states that:

(A) In any area designated by the Governor in his proclamation that a state of emergency exists, and during the duration of the proclamation, it is unlawful for a person to:

(b) congregate, unless authorized or in their homes, in groups of three or more and to refuse to disperse upon order of a law enforcement officer; or

(c) willfully fail or refuse to comply with any lawful order or direction of any law enforcement officer.

So the guidelines for maintaining a distance of six feet from other people aren’t necessarily part of the law. But groups of three cannot “congregate,” whether six feet away or not.

How can the state of emergency be enforced?

The South Carolina Law Enforcement Division (SLED) has issued guidelines for law enforcement agencies on how they should treat violations of the law. They suggest that tickets be written if the violation “has been freshly committed or is committed in the presence of a law enforcement officer.”

If an officer sees those three things happen, they can write a ticket, and the violator will have to go to court (or pay the fine).

Legally, if the officer wants to arrest someone instead of writing a ticket, I don’t see why they couldn’t choose to do that. It’s just a question of whether they would resort to that. Those situations would probably be pretty rare.

What if someone reports me for congregating in a group of three or more?

Since a violation of the law hasn’t occurred until an order to disperse by law enforcement (not just a nosy neighbor) has been refused, and since the group will probably be dispersed by the time the police can respond to the report, I don’t see this being an issue. But theoretically, if the officer who takes the report wanted to, they could follow up with the group and act accordingly.

If I get a ticket, what fine do I have to pay? Is this something I could go to jail for?

According to the code section:

A person violating the provisions of this item is guilty of a misdemeanor and, upon conviction, must be fined not more than one hundred dollars or imprisoned for not more than thirty days.

Courts will probably accept a forfeiture of the fine amount instead of having to come to court. But theoretically at least, if you get a ticket, come to court, challenge it, and you are found guilty, you could be facing up to 30 days in jail. (If the ticket is dismissed or if you are found not guilty, there would be no fine or punishment.)

It would be insane if someone’s punishment was to be sentenced to a confined, overcrowded space with lots of other people in the midst of a public health crisis. Jails and prisons are already reporting cases of COVID-19 and even deaths as a result. But it wouldn’t be the first time the criminal court system produced an insane result.

If I pay a ticket for not social distancing, would that go on my criminal record?

Yes – if the agency who wrote the ticket follows SLED guidelines.

But even if you aren’t fingerprinted, citations in South Carolina can be reported to SLED and end up on your criminal history. At least, that’s what their guidelines say law enforcement is supposed to do:

Record arrest data on all persons processed by arrest, apprehension, warrant service, or Uniform Traffic Ticket for committing offenses within the reporting jurisdiction, regardless of whether the offense is of a minor or serious nature (except routine traffic citations).

That being said, even the SLED guidelines acknowledge the possibility that some agencies won’t bother to record and report this information. Surely some won’t bother. But they’re supposed to, and if you care about your criminal record, it’s best to assume that they will.

Are any police agencies actually writing tickets for this right now?

There’s at least one that says they’ve started to. The Horry County Police Department – specifically its Beach Patrol and River Patrol units – issued 10 citations last weekend according to its Facebook page. They also provide a phone number for concerned citizens to snitch on people “report social distancing violations that do not involve members of the same family unit.”

A local news report out of Charleston seems to imply that the Mount Pleasant Police Department has issued some tickets for social distancing violations, although I haven’t seen that confirmed anywhere else.

On a lark, I did a search in the public index for each of the counties along the ocean for tickets written for a violation of 16-7-10, and I found one written by the North Myrtle Beach Police Department and one by the Beaufort County Sheriff’s Office. I didn’t find the charges that would’ve been written by Horry County PD or Mt. Pleasant PD, but sometimes they take a while to show up in the computer system.

Is this something I really have to worry about?

I’m not writing this to make anybody worry about law enforcement’s response to coronavirus. Coronavirus is something to worry about, and I think people should take it seriously, which would include complying with the Governor’s declaration as well as any other applicable laws.

There is talk of individual cities adopting “stay-at-home” ordinances (which would add another layer of possible charges that could be issued to people via citations), and the Governor might issue another statewide order with stricter guidelines.

But I don’t think law enforcement is concerned about writing tickets, at least right now. All indications are that law enforcement agencies are doing everything possible to see that the intent behind Governor McMaster’s declaration — getting people to practice habits that lower the spread of coronavirus — be realized.

But the way laws like this get enforced is through the criminal court system, so I think it’s important for criminal defense lawyers to stay on top of developments in this area. If this becomes a practice that is more widespread, or if you find yourself charged with a violation of the failure to disperse law or any other law related to the government’s response to coronavirus, I encourage you to talk to a lawyer about the possibility of the ticket affecting your criminal record. You can start a free, confidential consultation with me through the Contact form on this website or by calling (864) 406-6755.

Previous PostCity of Spartanburg Passes "Stay at Home" Ord...
Next PostIs lying about Coronavirus to your employer a...